Can we say event of the year?

Makers Central is an annual two day event jam packed with everything DIY - woodworking, 3D printing, electronics, welding, blacksmithing, leatherworking. You name it, they had it.

The second edition of Makers Central happened a few months ago and this post is obviously a day late and a dollar short, but better late than never.

The event had been on my radar ever since I missed the previous one due to traveling elsewhere at that time. Organizers were not sure if they’d be able to pull off another one, but with enough sponsors and interest, word quickly spread and I went ahead and got myself a weekend ticket plus a return flight to the UK.

I’ve never been a huge fan of the United Kingdom, mainly because of various sub-par experiences in the past.

Well, this time was no exception and the stars once again aligned in the constellation of Airport Drama.

After a delayed first flight, missed connecting flight, and a 20 Euro consolation voucher turned into two trays of junk food and unimaginable amount of coffee, I finally arrived at Birmingham airport shy past midnight on the day of the event.

Despite the fact that my lodging was basically in the city center, it felt like I was in a semi abandoned industrial suburb from a century ago.

At least they had some nice graffiti in the area - I’ll give them that! 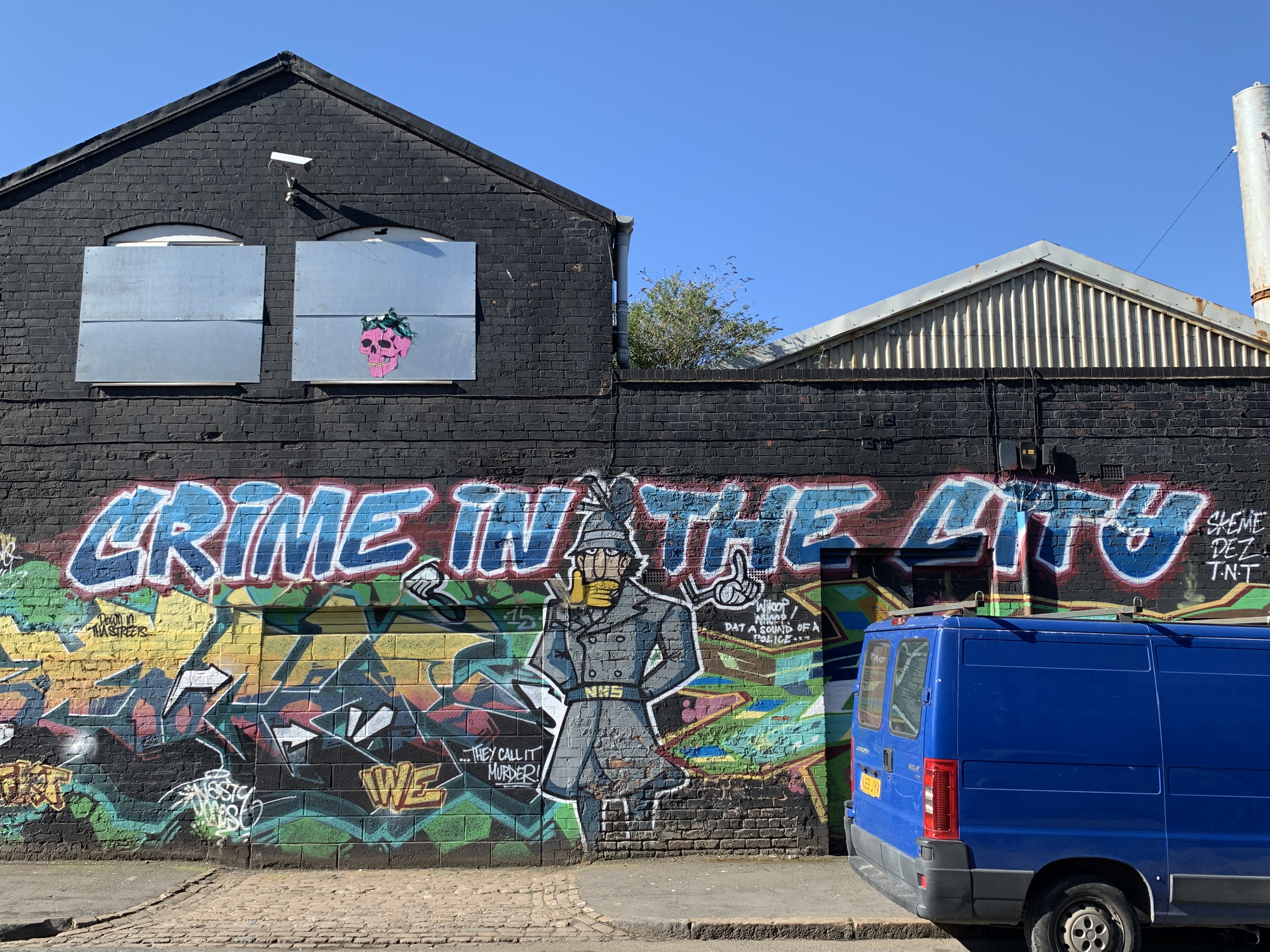 Makers Central was hosted in a huge venue hall just outside of Birmingham.

The main hall was segmented into several areas, with three dedicated stages, a number of maker/demo areas and several rows of vending booths. Everything ran on a mostly accurate schedule with only a couple of unpredicted last minute changes.

Here are some thoughts and impressions about each in no particular order.

The vending area occupied the front part of the venue hall and had several long rows of booths selling locally produced tools and materials.

A significant part of those specialized in epoxy/PP resins and they had all sorts of sizes, colors, and catalysts to fit any need.

Sadly, traveling with just carry on, I wasn’t able to get my hands of any epoxy, but I got some dry pearlescent pigments that might come in handy someday.

Tandy Leather had a jumbo sized shop/demo area with a great variety of leathers, tools, and hardware. Sadly, their exhibition pricing seemed double than normal, and I also didn’t want to risk buying tools only to have them confiscated at airport security. Again, that damn carry on plan was doing me no favors.

Pimoroni were also in the mix and I got to meet their traveling event crew again after seeing them at Maker Faire Berlin last year.

This part of the venue had all sorts of projects and props on display. They ranged from small hand made ceramic tea cups (with cheeky illustrations), avant-garde drawbots, all the way to huge things like robots and steel tesla pin wheels.

This thing was plopped down right in front of the event hall and apart from leaning menacingly, it didn’t really do much. 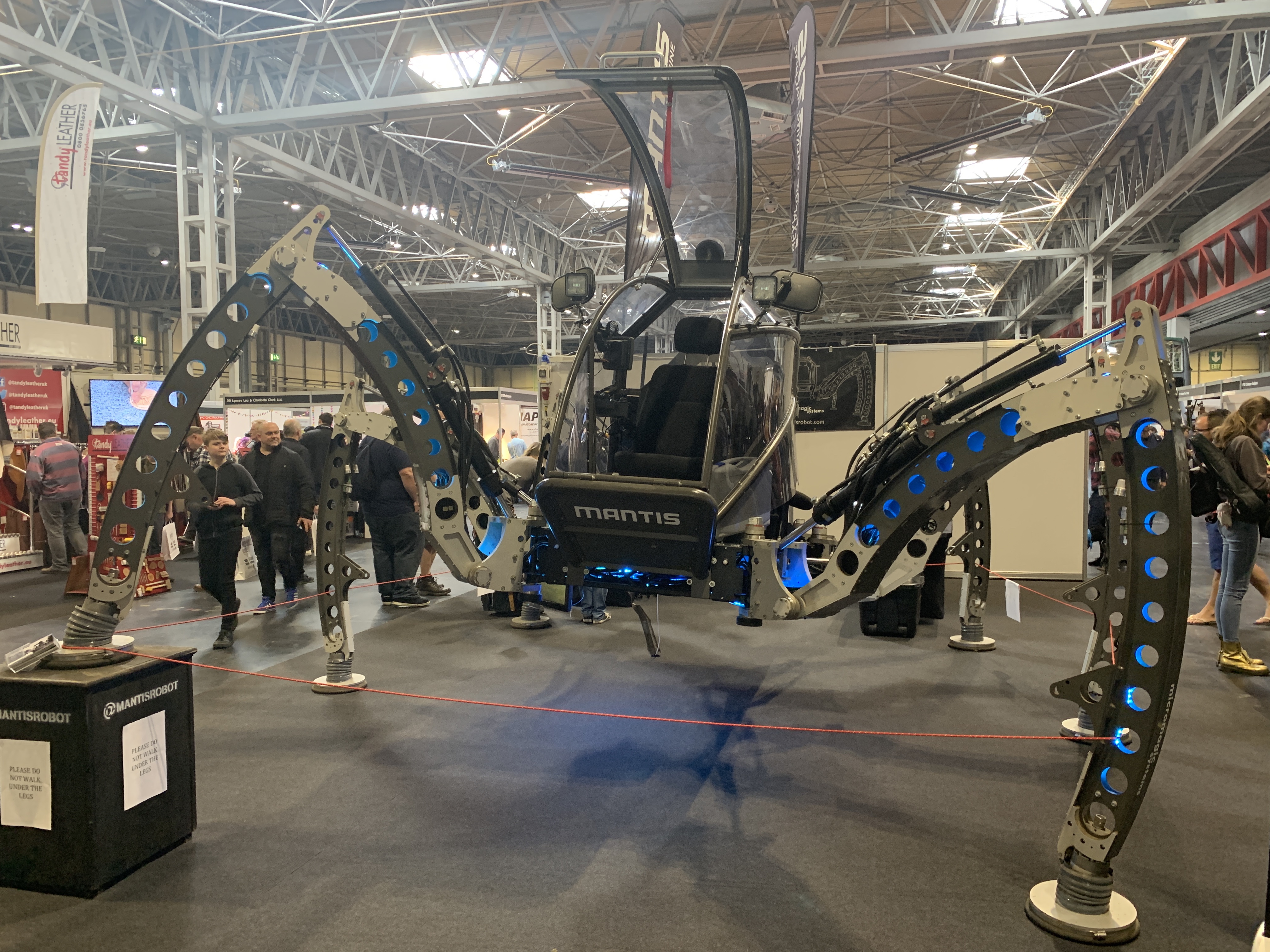 Here we have a cheap home made 3D printer converted into a draw bot. 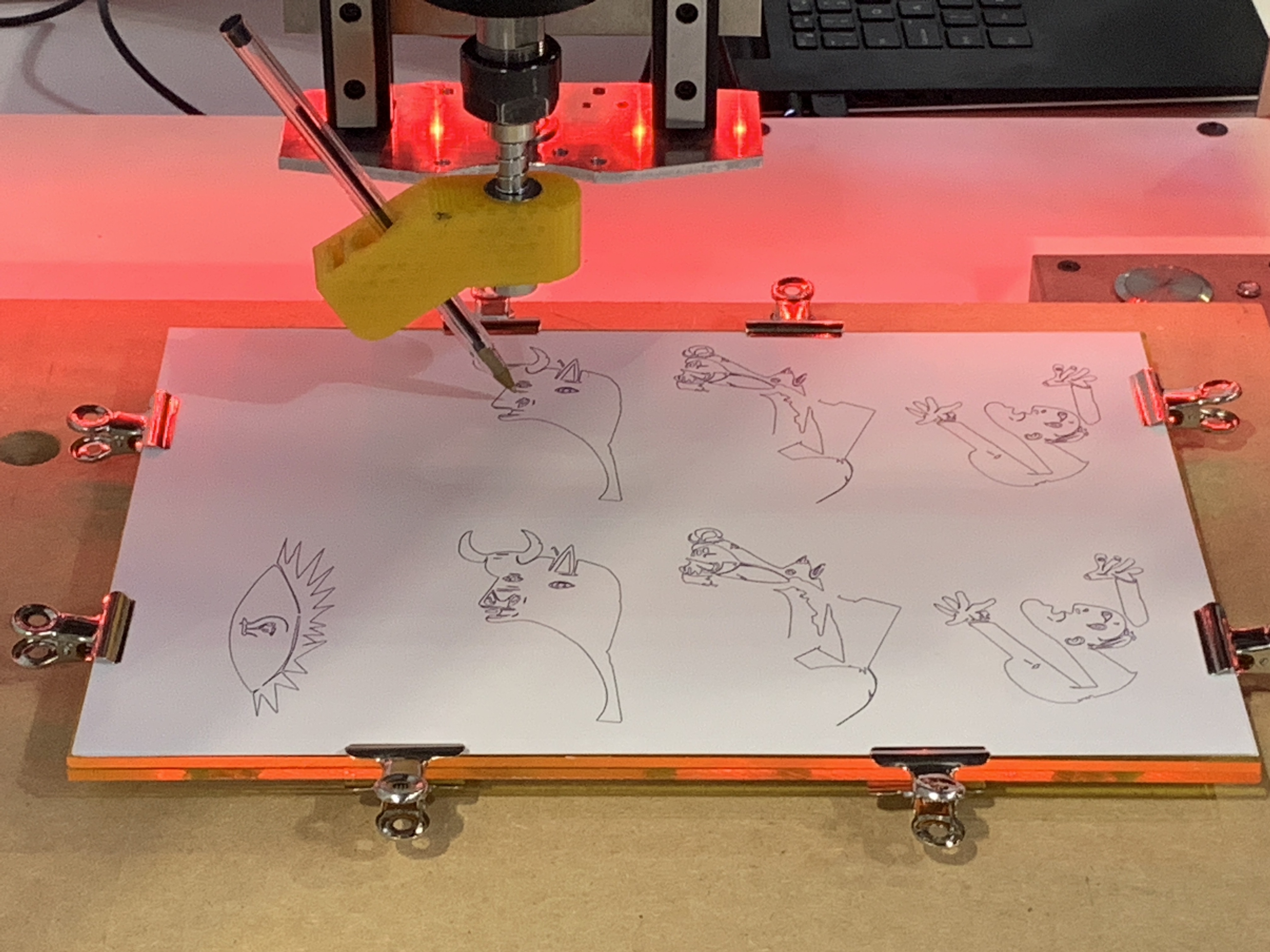 There was also Henry - a cute looking thing that was somehow hacked into an automated water pipe organ. It actually sounded very nice and mostly true tone! 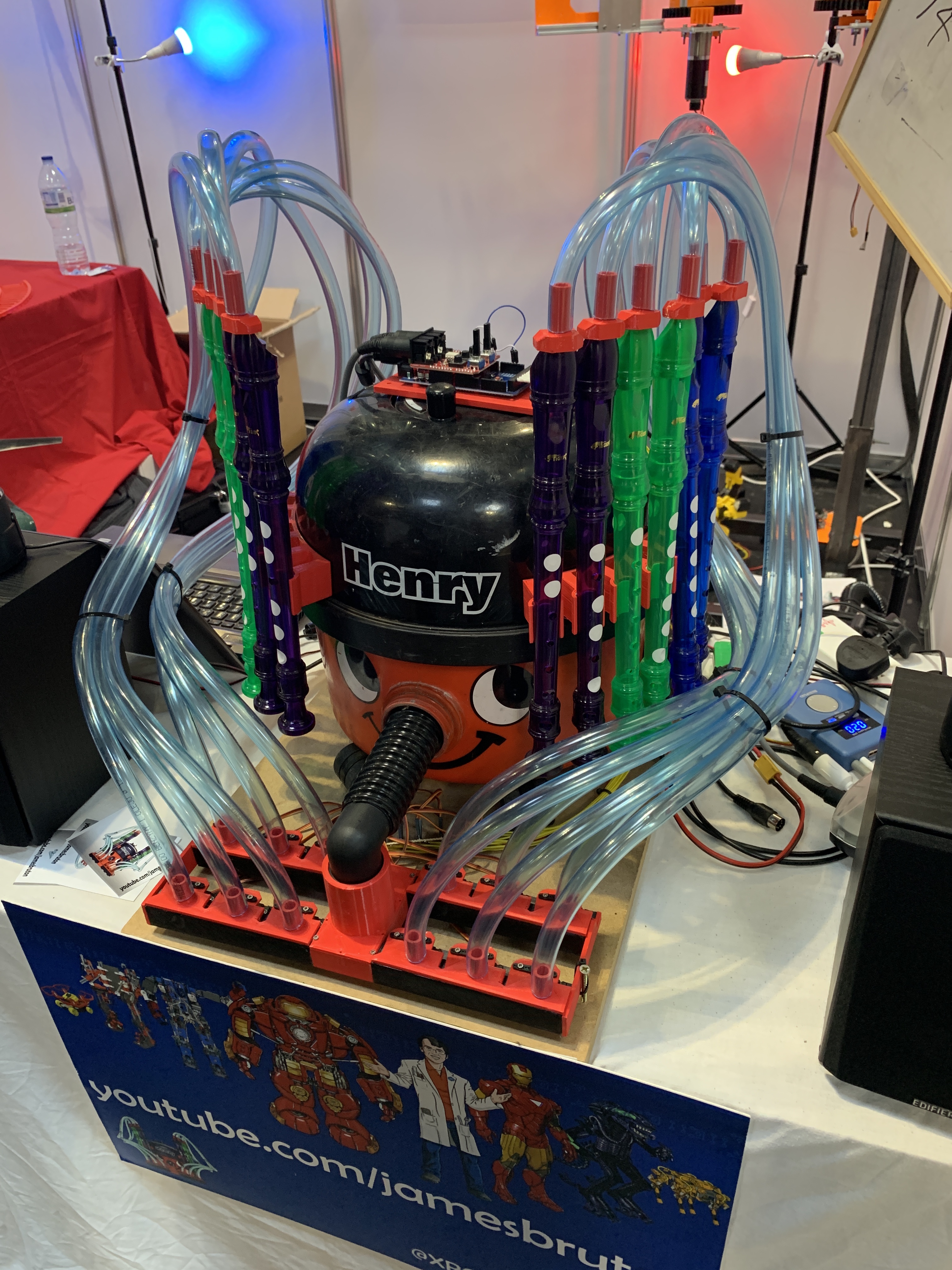 A giant contraption made out of long metal pipes was perched up in the corner and the team behind it couldn’t quite explain it’s purpose. But it looked cool and generated lots of static around it. 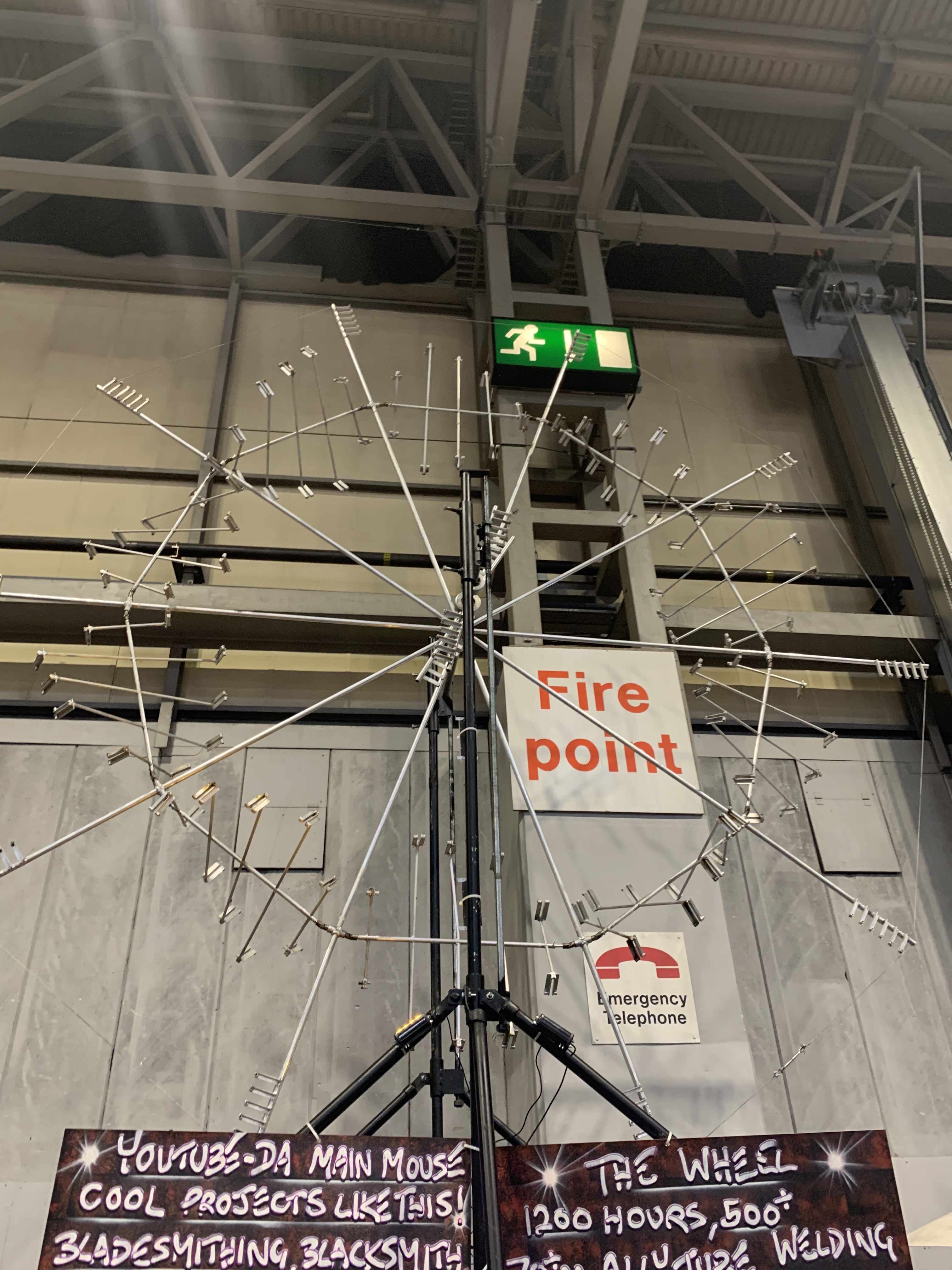 The crown jewel of Makers Central for me was the team of DIYers attending the event. All of the people mentioned below are a huge inspiration for me, so attending their talks and actually getting to meet them in person was a very humbling experience.

Some of the people I met in person were Laura Kamph, April Wilkerson, Cristina from Get Hands Dirty, Bob from I Like to Make Stuff and the folks behind Home Made Modern. Sadly, Mike from Modern Builds got his flight cancelled and could not attend the event.

In any case, there were a dozen panel talks each day and their timings were loose enough for people to attend each without missing something else.

Most talks started with a somewhat loose topic and gradually turned into Q&A sessions. Summarizing all of them would be a bit too much, but here are some of my takeaways: 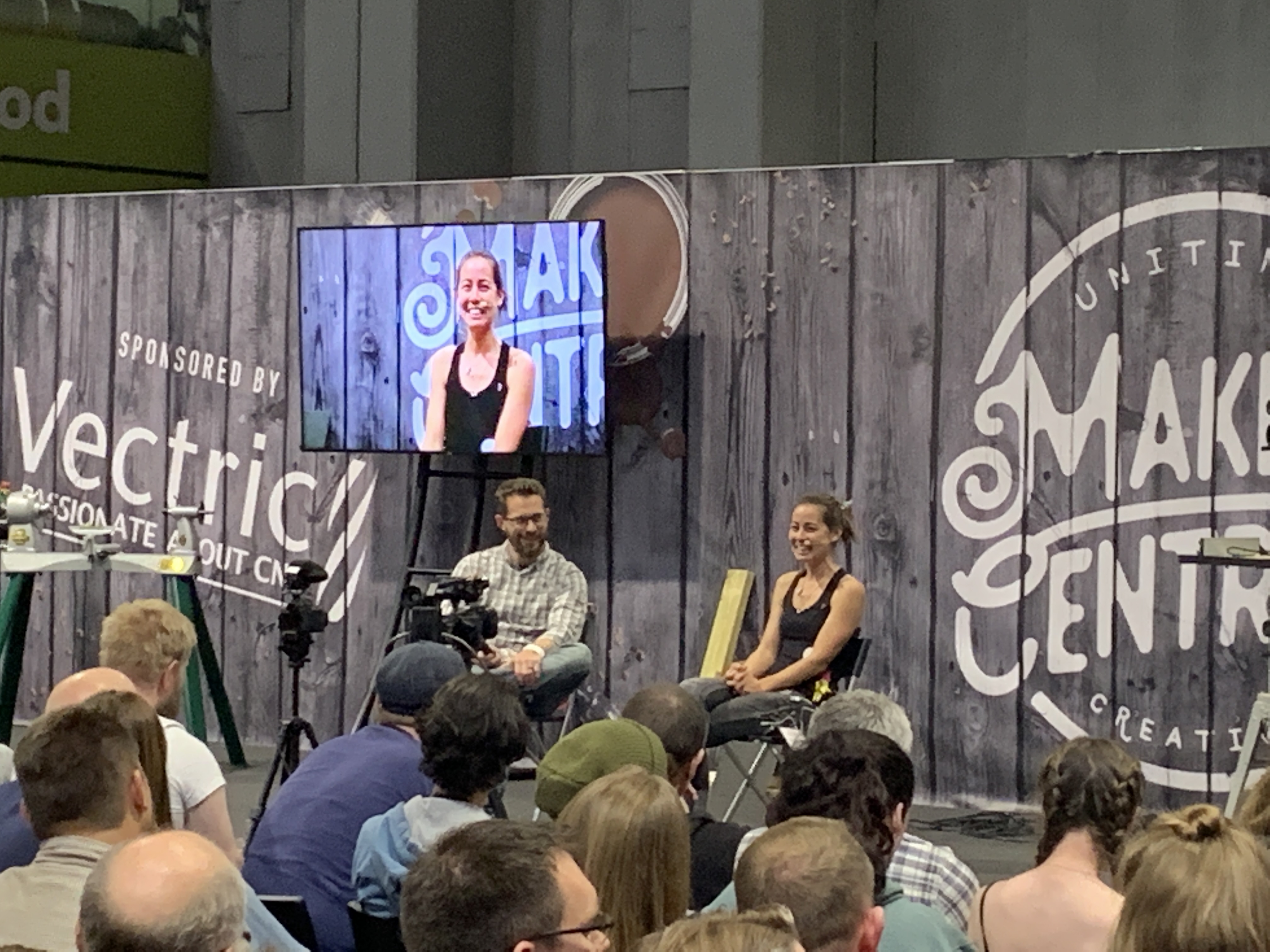 Jessie is part of Home Made Modern. Her brother didn’t make it to the show, but she more than made up for his absence with some cool stories of how she switched to DIY from working in a library. She values the learning experience behind working with new tools and technologies rather than the end result (just like me), and always tries to have fun while she’s at it.

Bob’s side of the talk was mostly in the same ballpark, though he also strives to get his projects in more of a finished look. He also explained how many years of DIY build muscle memory, so trying out something new usually doesn’t start you from square one. 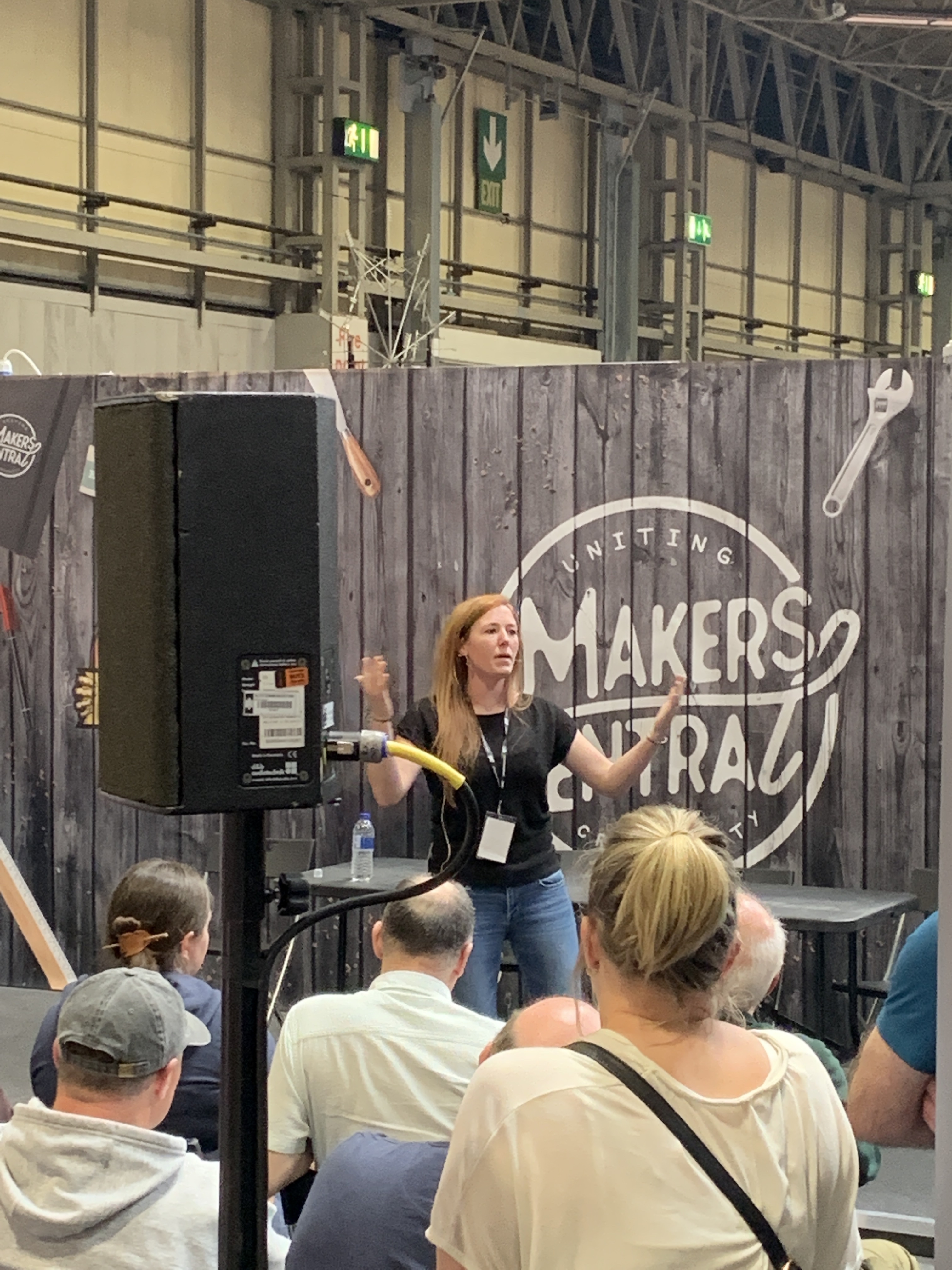 April is a really welcoming and down to earth American country gal who got into DIY construction projects after getting her business management degree. Most of her projects are large scale - think home, yard, and farm constructions. Lots of hardwood and nails with a side of welding every now and then.

Apart from giving an overview how her DIY evolved into a profitable and sustainable business, she also emphasized on the importance of doing smaller/personal projects that are outside of your comfort zone. 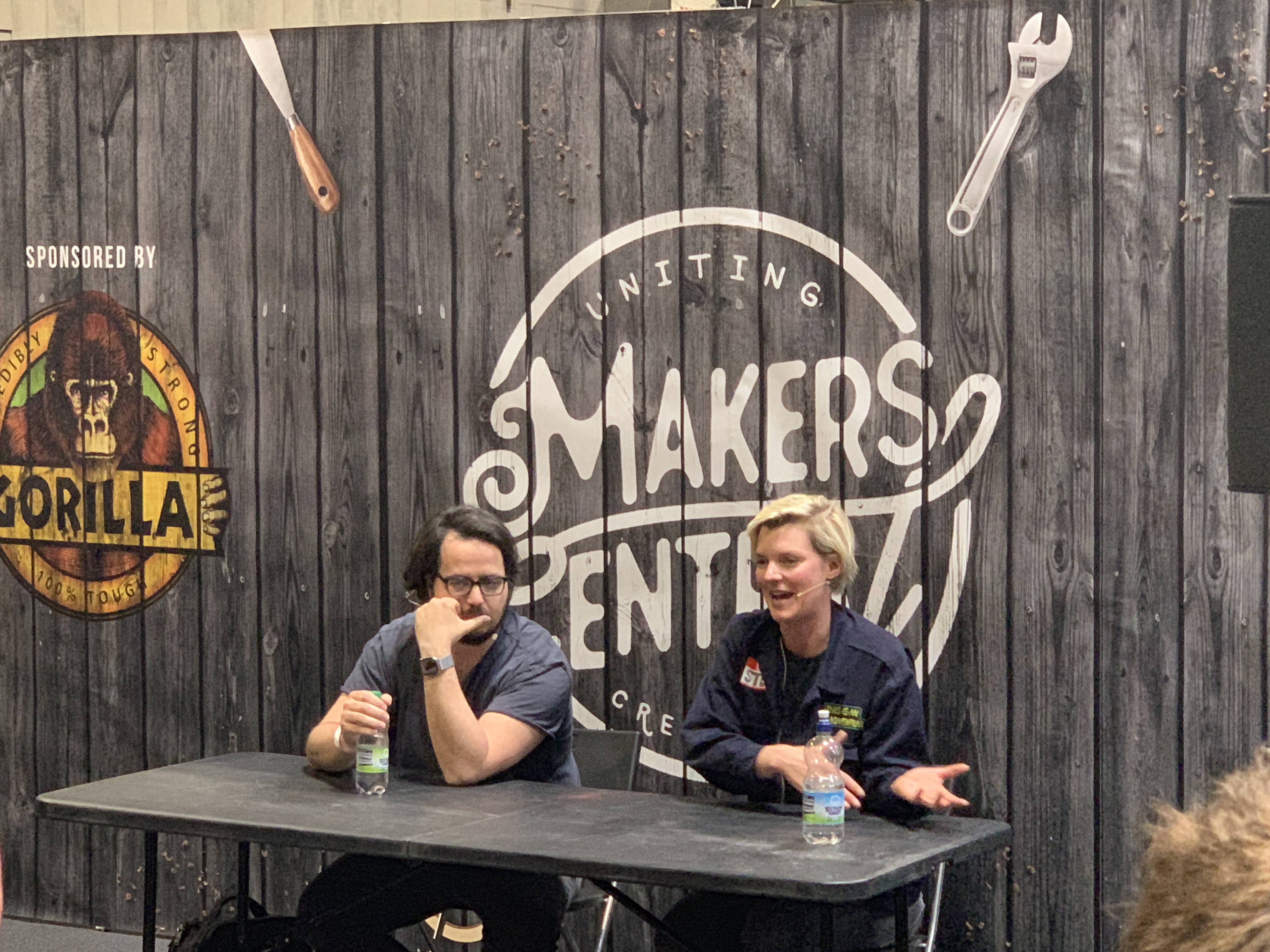 Super fun and positive, Laura is a hipstery maker from Germany doing all sorts of crazy projects.

Unlike April’s videos, Laura doesn’t really give detailed information on the type and exact measurements of materials she’s working with. Rather, her presentations are a lot more abstract and usually show key points of the build process.

Laura talked a bit about the economy of being a modern day maker and how some of her recent projects have unfolded. A key takeaway I got from that talk is that she rarely does detailed sketching and planning before starting a new task. Instead, she’d spend less time planning and just figure things out along the way.

She even brought one of her recent (of many) bike project - a three wheeler/sidecar combo made out of aluminum beer kegs. 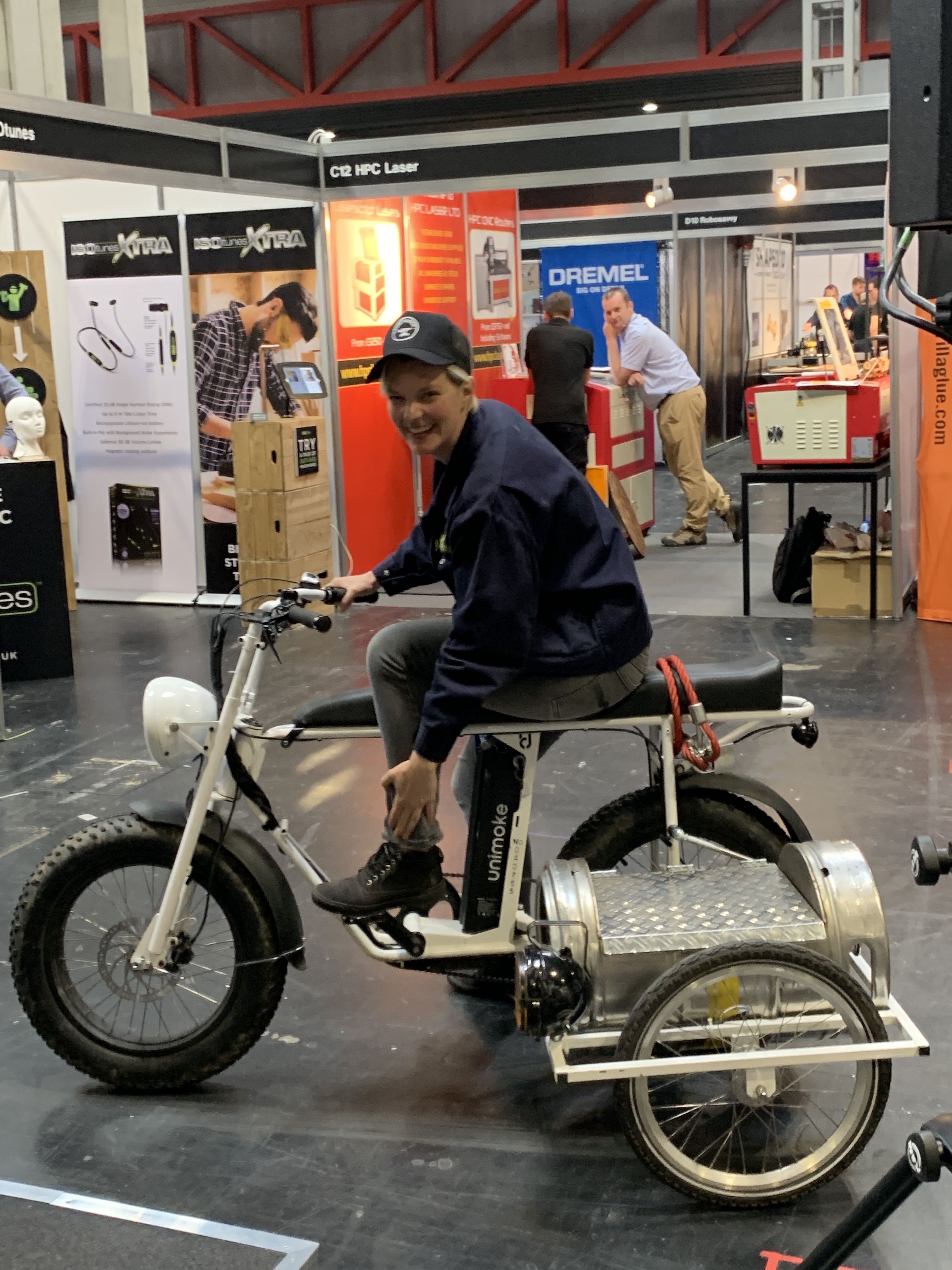 So, that about wraps up my overview of Makers Central. I met a ton of cool people, saw all sorts of whacky projects, tried my hand at blacksmithing and ice sculpting, and had the pleasure if meeting several people I really look up to.

Without further to do, here are a few shameless selfies I took with a bonus pic of The Maker Monster. Yes, he’s a normal person not a Yeti and yes, he looks like a regular guy.

If they’re doing Makers Central next year, I’m definitely going there with at least one empty suitcase and damn sure not connecting at Frankfur Airport!