90’s kitsch-kunst and craft beer DO go together

So, I really like beer. Quite a lot actually. My Untapped profile shows 100ish unique check ins, with a couple dozen more I’ve tried at beer festivals, but haven’t added in yet.

I’d usually go for a really hoppy IPA, though imperial stouts and fruity sours are also up my alley.

I also happen to live close to the best beer in town. In fact, the owners are very good friends of mine, and I really wanted to make something special for the 6th anniversary of Kanaal.

Kanaal is a pretty small bar, and it tends to get really crowded around events. Whether it’s a visiting DJ, an art gig, or something more businessy, there are various events going on all the time.

Craft beer is still somewhat of an emerging trend in my part of the world, so it’s fairly common for non beer aficionados to end up staring at the tap menu completely clueless:

What does IPA stand for? What makes stouts imperial? Double hopped what? Session who? I thought you’re supposed to eat fruit and drink coffee, not mix them with beer?!?

Explaining all of this takes a while. By the time you know it, there’s already a long queue at the taps full of people who are not quite sure what to try first.

I wanted to make something for Kanaal to try and alleviate long queues of people who hesitate and/or are not sure what kind of beer to order.

And what better way to do that than resurrect everybody’s favorite kitch piece of 90’s nostalgic entertainment - the wheel of fortune! It’s fun, familiar, and gets people excited.

Designing the wheel of fortune was pretty straightforward. I started with a circular sketch in Fusion 360, extruded it, and sectioned it into 12 equal slices. Each segment was then given some padding around the edges and was then numbered accordingly. 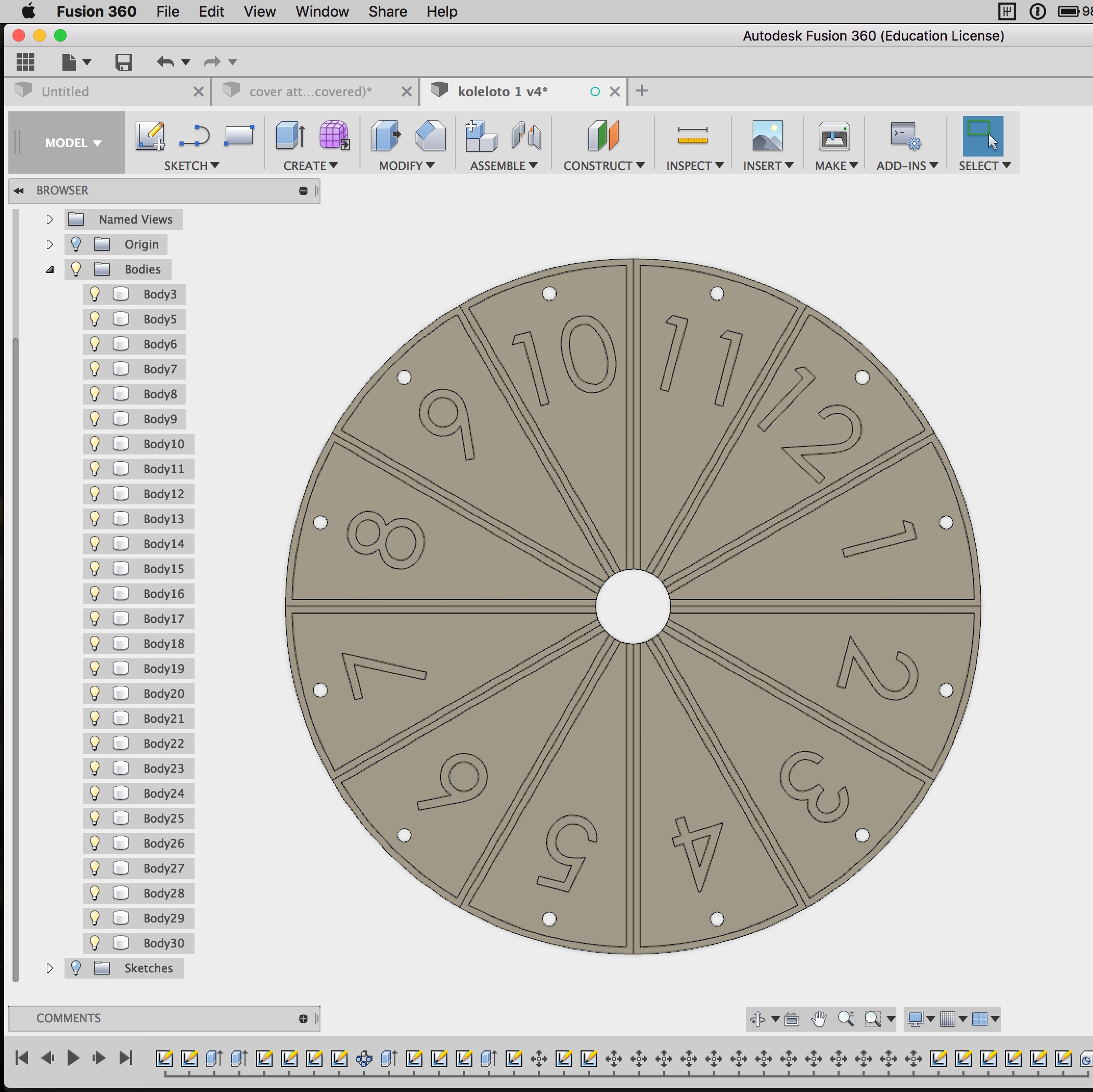 I decided that printing the wheel in one piece would be the better choice here - thin flat objects never glue together really well, and I didn’t want to risk having the whole thing fall apart after a night of heavy use.

Several hours of 3D printing, painting, and a handful of bolts/nuts/washers, this is how it turned out. 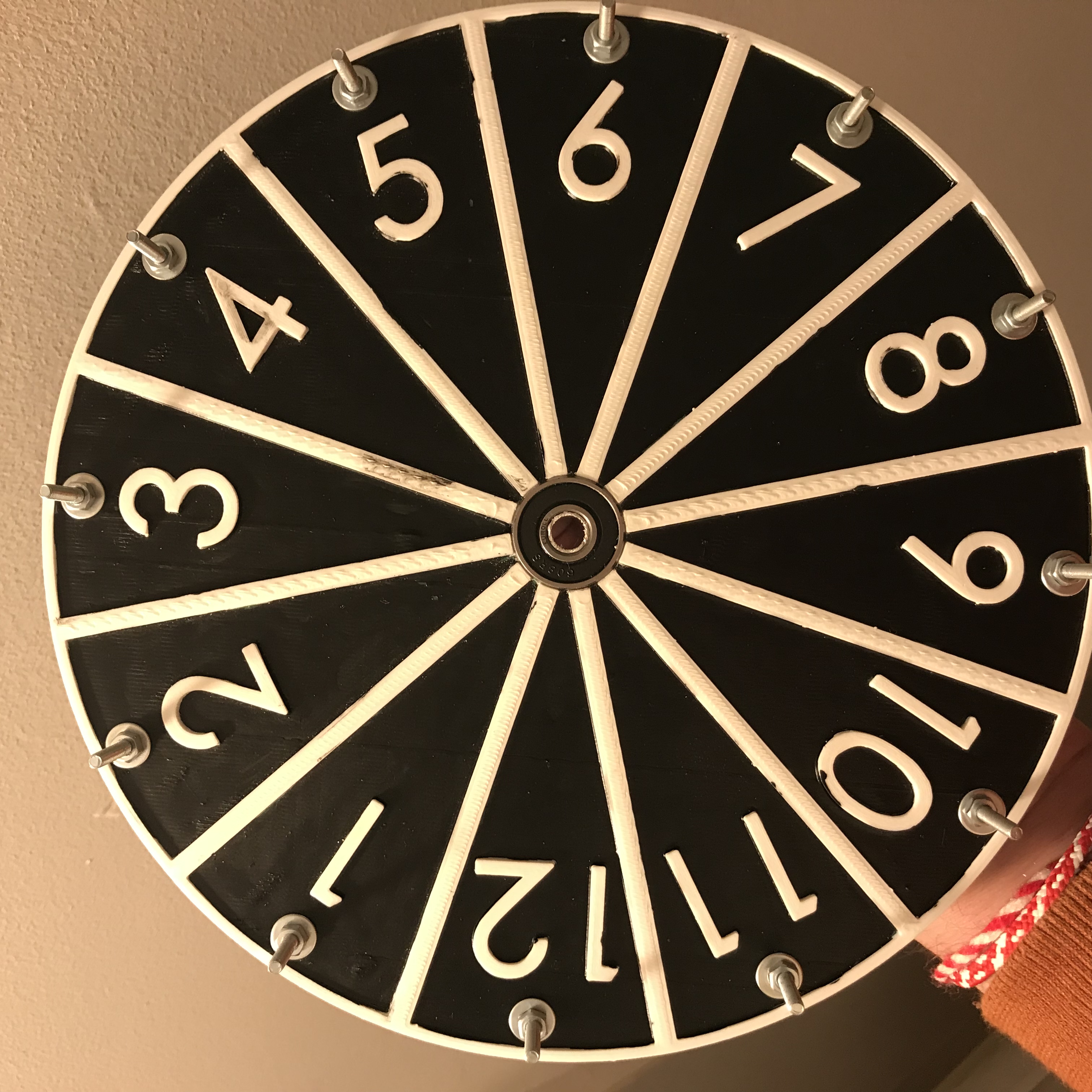 Interior-wise, Kanaal has a very clean and nordic vibe to it, so I wanted my invention to match that.

The T shaped stand was constructed using standard 2x3cm wood planks, screwed together with a couple of brass fasteners and topped off with a couple coats of water based wood finish.

The wheel attaches to the base using another 3d printed bracket with a skateboard bearing in the middle. 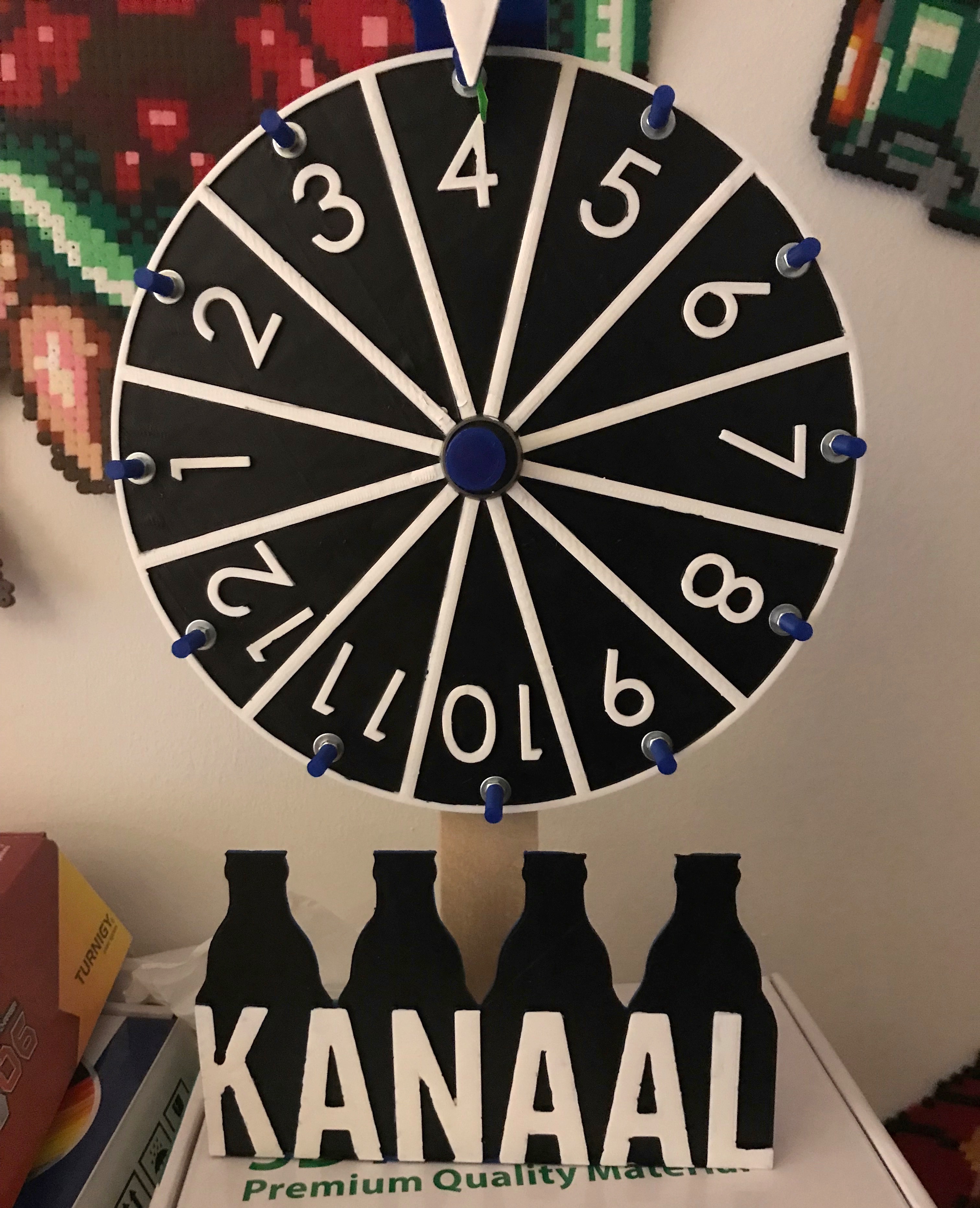 To add a touch of uniqueness to the whole thing, I vectorized Kanaal’s logo, imported it into Fusion and extruded it into a front plate that covers the bottom part of the wheel.

And that’s basically it! 3D files and build instructions are available here. Just be careful not to spin the wheel too many times. 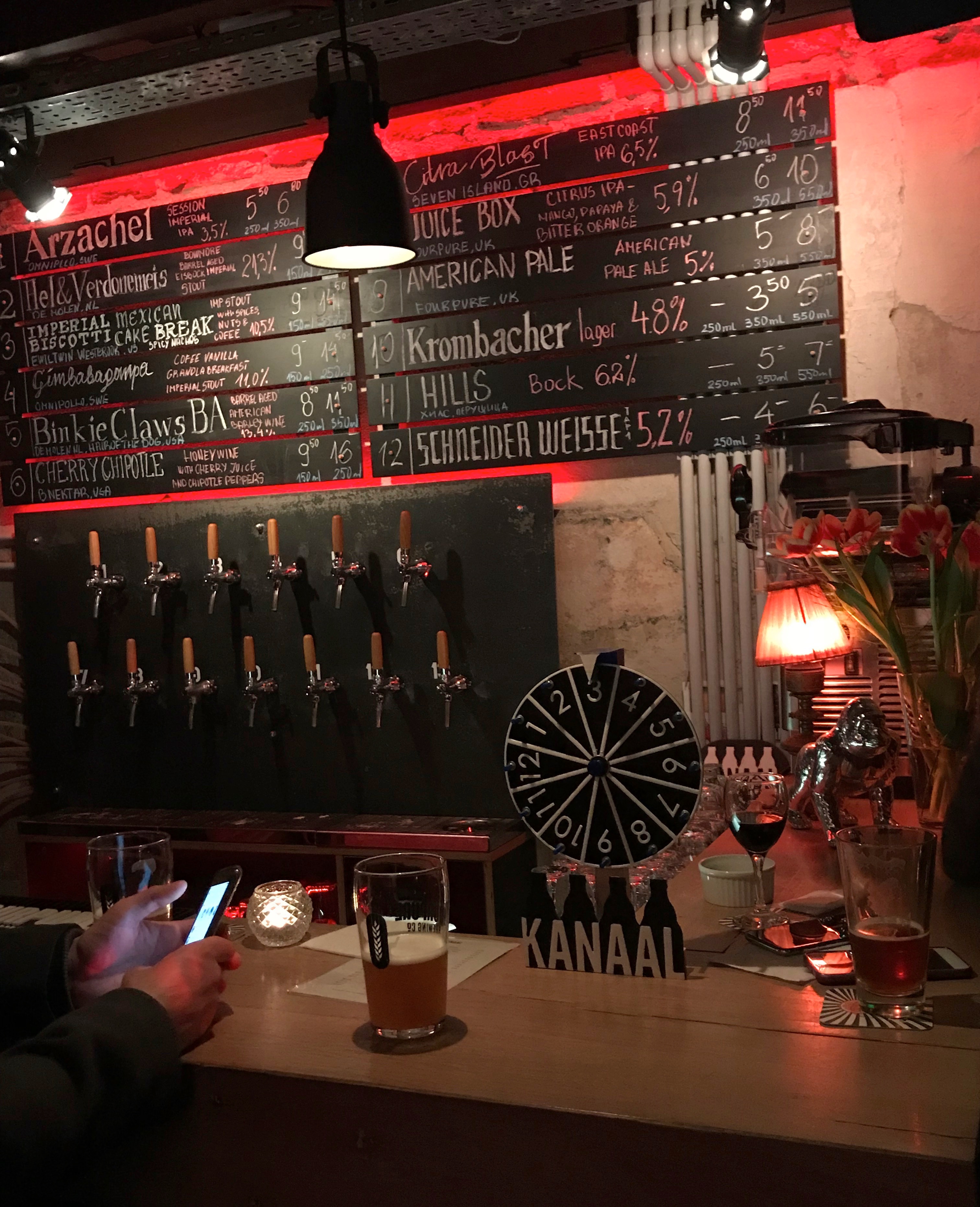